I went running with some friends this morning. Very good friends, I must add, but also very FAST friends, in regards to running. The long list of races ranging from 5K to Marathon distance with countless overall and age group awards, as well as, highly respectable times and personal records on each of their “running resumes” would be intimidating to most if these runners cared to brag; but they don’t.

You know what else they do not care about today? Their pace.

Truth be told, there are times I hesitate to accept their invite to run. Or simply shy away completely. I am not a “fast” runner. I have, at times, impressed myself with a randomly strong training run or a personally stellar race performance; but, for the most part, I continue (year after running year) as a simply “average, middle of the pack runner”.

To blame this on my busy work schedule or whatever else is an invalid excuse. Both of these friends, also, work fulltime and juggle multiple personal/family responsibilities/obligations. Yet, here we are today, 8am on a Saturday morning, when all of our schedules aligned, ready to run some miles.

Friend #1- (currently training for another loop through this year’s Pittsburgh Marathon) says, “I need 16 miles today.”

Friend #2- (not currently training for anything in particular) states, “I just want some time on my feet.”

And so we run.

I have definitely been running (current run streak of 101 days) but I have not been paying any attention to my pace and have not done any organized speed training. I have not done any significantly long runs either, so 16 miles was definitely not a thought that I would entertain. I told him I’m good for up to 10 miles but was honestly feeling more like 6-8. He informs us that he had arrived early this morning to our meeting point and had already logged 4 miles before we ran together. He states he “went out way too fast” on them too so he was happy that we were now here to keep him in check for the next 12 miles. (My mind was thinking: “Oh good, so hopefully you burned off some of that energy and super fast pace so you don’t crush me today!”) The conversation is easy as we set out on the road. The first 2-3 miles of our run was on a very long gradual incline before turning around and running back down it. As the road flattened out before us, the conversations and observations continued and, although they would sometimes get pretty far ahead of me, they always circled back around without any hint of frustration or impatience; only words of encouragement or further topics for conversation. As the miles ticked away, my legs started to feel heavy. The fact that I went out and ran for an hour last night (and a bit faster than normal) did not help. As we approached Mile 8, according to my watch, I started to plan my “escape” back to my Jeep.

We came up to an intersection and Friend #1 calls out: “Turn Left.”

Me: “How about you go left, I’ll go right, and you can speed up, catching back up to me by the cemetery?”

Friend #1: “No, no no. You’re doing good, just turn left and run a little while longer. Please? Please help me?”

And it occurred to me. Yeah, sure, these guys run faster than me. They can smoke me in any race. Yet, when it comes to running the miles, mundanely doing the work, sometimes we all need a litte help. Or at least some company along the way so we don’t have to go it alone; someone to run beside us, mile after mile, and share in this magical misery that we, as runners, have come to love. And suddenly my pace no longer mattered even in my own mind. What mattered is that we ran beside our friend and finished his miles so he did not have to run it alone.

Back at our cars, the run completely done, he thanks me for sticking it out. I ran several miles further than I had planned to; and nearly 3-miles further than I thought I physically could for today. Again it strikes me that our limits truly are self-imposed and the words of my most favorite quote echo on in my mind:

No matter what our position is: fast, slow, “middle of the pack”.

No matter what our goal: length of distance or speed of pace.

We’re all in this together.

Start Line to Finish Line and all the miles in between.

There will be times when each and every one of us can help the other. Whether running to win, pushing for pace, or simply going the distance, we are all RUNNERS and, with friends like these, we don’t ever have to go it alone.

As any lifelong runner will tell you: “Runs end, but running never does.”

So while our training may peak for a particular race, and a brief period of rest is needed to recover following a performance at a race, the true runner does not ever STOP. Sure, we scale back the miles, the distance, the pace, the instensity…but still we keep moving. Always steady until the next goal becomes envisioned in our minds and finds its way upon our calendar as something to aim for and we, once again, launch forward with our progress in training.

Following my most recent performance at Peak To Creek Marathon in October 2018, I found myself in need of more than the usual recovery period. That particular course had taken such a toll on my body that I physically hurt for much of the next week. After that, the residual fatigue set in. This was closely followed by the general “post race depression” period. No goal, no plan, no future race to prepare for and, truth be told, no real desire to race one anyway. Sure, I kept running, but I also took more days off than I had planned and began to indulge in the festivities of the holidays more than I normally would. No big deal, right? For the average person, maybe not. But for me? For a runner? This left me feeling stagnant; anxious, restless, moody, and bored.

So when I saw a post by a friend in one of my running groups saying that he fell off his bandwagon, breaking his “run streak”, I had to reach out. I comforted him in the fact that, amongst his hundreds of miles already logged for that month, one night of rest is obviously what his body needed. I encouraged him not to feel guilty for this and challenged him to get back up the following day and begin again; this time, with me as his partner.

We have run every single day since.

Consistency is the goal. The time, distance, pace, and intensity varies based on many factors of our individual day to day lives, but the core focus is always the same; have the discipline to lace up every single day and simply keep MOVING. 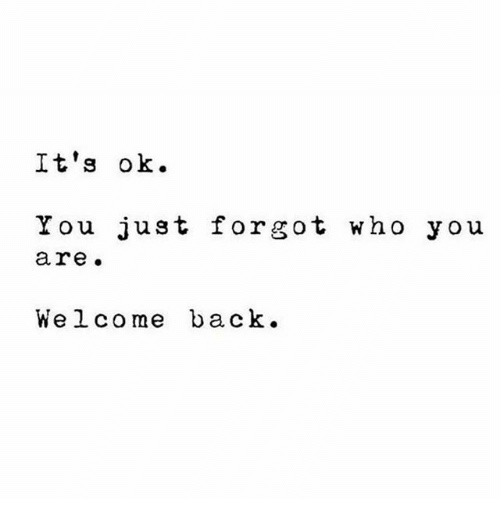 Now, in just the past two weeks, I have already begun to register for and line up races to liven up my 2019 year.

MAY 5th- Pittsburgh Half Marathon; Pittsburgh, Pennsylvania. GOAL: Have fun running with a friend…and drink all the lime-a-ritas!😋 If ever there was a race to be run for the pure joy of running, Pittsburgh is definitely it. The sights, the sounds, the smells are unparalleled. The crowd support is unlike any other race I have ever run. Pittsburgh boasts a relatively large field of 36,000 runners but the number of volunteers and crowd supporters is easily double that! This is definitely a race where you should look around and interact. Every year, this particular race inspires me and reignites my love of the run, as well as, of the city of Pittsburgh, itself. 🖤💛

AUGUST 9th- Liberty Mile; Pittsburgh, Pennsylvania. GOAL: Run my fastest single mile ever (6:57 or better) and try not to throw up.🤢

AUGUST 24th- TBD. I am considering running the 10K portion of the Annual Run To Break The Cycle 5K/10K race to benefit the Women’s Center Of Beaver County; Beaver, Pennsylvania. This will most likely be a “game day decision” to run or not to run.

OCTOBER 12th- Stop, Drop, & RUN 5K; Monaca, Pennsylvania. GOAL: Run fast enough to place in my age group so that I may to add their medal to my wall.😊 I have never run this race before but have always wanted to as my friends/family always say how well it is executed every year.

OCTOBER 19th- Buffalo Creek Half Marathon; Cabot, Pennsylvania. GOAL: PR this race! This will be an important event for me as my current half marathon PR (1:57:35) still stands upon this course, but I know I can beat it.

NOVEMBER 2nd- Santa 5K; Bridgewater, Pennsylvania. GOAL: Place and/or PR. This race always attracts a fast field and a healthy dose of good competition amongst friends. Win or lose, it is always a good time.

NOVEMBER 24th- Philadelphia Marathon; Philadelphia, Pennsylvania. GOAL: PR this race! My current marathon PR (4:27:56) still stands in Pittsburgh. I have tried a different destination race every year in order to obtain a better marathon performance but have continued to fall short. This time, hopefully, a full summer of strong training in the heat will yield a stellar performance in the cool, late fall temps. I have ensured that this one is definitely a road race and NOT an “unpaved gravel road”. 😣 And with race day being at the end of November, I am feeling confident that the weather will, for the most part, cooperate; or at least not scorch us with 90 degree heat and humidity.

So there we have it; a year full of races in the year I “swore” I was not going to race much. And I couldn’t be more excited about it all.

What can I say?

I am a runner.