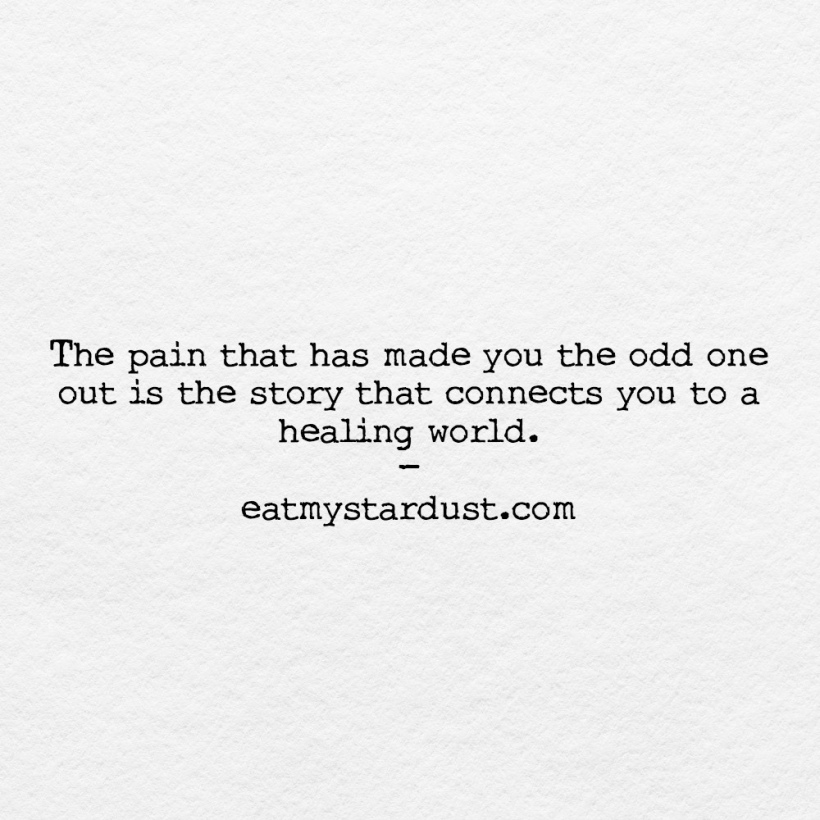 It’s 2 o’clock in the morning and I can’t sleep. In about 12 hours, I will be in the city of Pittsburgh, sitting in front of a camera, telling my story; a quick, abbreviated version, anyway. I think it’s safe to say, I’m nervous. I need to gather my thoughts and prepare my own mind; remind myself that this is not just a story about loss, or losing my momentum, or falling off track. This is a story about resilience, about being knocked down, but getting back up. It’s about finding my way through the darkest of moments and helping to shine a light on the pathway of someone else.

To fill you in, I was recently chosen to participate in this year’s UPMC Half Marathon Campaign entitled; “YOU ARE HERE.”. To be honest, I was quite surprised that they picked me. A friend kept posting the application on my social media feeds and repeatedly tagged me, asking me to apply. I didn’t want to be rude, but I really just wanted her to stop. So, in order to shut her up, I filled out the application and sent it off. She was ecstatic and I was relieved to not be “tagged” anymore. A few weeks later, however, I received an email informing me that they found my submission to be “very inspiring” and they were requesting a telephone call followed by my participation in their upcoming video series. After speaking with their Video Production Manager on the phone and hearing about their theme for this year, I was actually pretty excited to be involved.

But now here I am, the night before we film, nervous and unable to sleep; thinking back on all these years and how I came to be where I am today.

I grew up in a very strict, religious home. There wasn’t a whole lot that we were allowed to do; no birthdays, holidays, school dances or prom, no sports or extracurricular activities of any kind. We lived in the country along a ridge that boasted the most beautiful sunrises and sunsets, so I would get out there and run. I ran the roads, ridges, and trails all over the area, probably about a 10-mile radius from our house. And I loved it. But I got married not long after graduating high school and had my daughter a year and a half later. Running fell by the wayside as I embraced my new role as a wife and mother. In 2002, I started working for a local Ambulance Company and I loved that too. Remaining calm in chaotic situations and helping people in their most vulnerable moments brought satisfaction to my life in a way that no other 9-5 job could. Over the next few years, however, things began to fall apart in my personal life. I walked away from my parents’ religion and, shortly thereafter, was navigating divorce and a co-parenting relationship for the sake of our daughter. In order to support myself and my daughter, as well as, fulfill my personal desire to know more and do more in the field of Emergency Services, I began to further my education, attending classes two nights per week, while simultaneously working for multiple employers. It was difficult. I slept every second or third night and my diet consisted of whatever was fast, cheap, and convenient while driving to or from school or work. This unhealthy lifestyle led me to a 40 pound weight gain over the course of just a few short years. Once I became a Paramedic and settled into my full-time profession with just one or two employers, I began to realize how unhealthy I had become. Initially, I started running simply to lose weight and I did so quite quickly. But then a friend encouraged me to sign up for a 5K race. I could not even run the whole thing, but it was exhilarating and fun. So I did it again. Pretty soon I was running 5k’s without stopping to walk at all and when I won my first age group award, I was hooked! I kept pushing myself to go further and faster; 5K, 5-mile, 10K, 10-mile, and in 2013, I ran my 1st half marathon in Pittsburgh. As I crossed the finish line and accepted my medal, I asked myself: “Why not the full?”, and so I continued to run and returned to the streets of Pittsburgh the following year and ran my first full marathon. There really is nothing quite like it. For something to hurt so bad yet feel so good is just inexplicable.

Running has not only served its purpose in helping me achieve and maintain my physical health but also creates a healthy outlet for my mental and emotional well being. I am coming up on my 17th consecutive year in EMS, serving our community as a full-time Paramedic and, as anyone that has ever worked in this profession for any length of time will tell you, things tend to get a little bit heavy at times. No one ever calls 911 because they’re having a good day. Most of them are calling us for help in some of the worst moments they will ever experience. We, as emergency responders, might be trained to handle these situations in the calm, cool, collected manner you see when we arrive on scene but this does not mean that we are immune to the stressors of your emergencies. This job takes its toll on every one of us. Running has helped to alleviate this for me. In the “E.M.S. Life” someone is always sick, dead, dying, or complaining of something. We are called upon at all hours of the day and night to see and do things that most people can’t even imagine, let alone live with. Everywhere we go and everything we do is to help someone else. At the end of the day, you have got to step up and do something for yourself, to take care of yourself, otherwise you will face the effects of the job sooner or later; wether that be in declining physical health that takes your role from “Provider” to “Patient”, or mentally to the point where you may not be able to continue in this field due to the cumulative stress of it all. Running has helped me in both of these areas. It’s such a relief, at the end of the day, to be able to simply lace up my shoes and hit the road alone. I don’t have to talk to anyone, listen to anyone, or do anything for anyone else in this moment; it’s just me and the road. There is a lot of strength to be gained in that silence. It’s a spiritual process in a lot of ways. Over the past 9 years I have run thousands of miles, raced countless 5K’s, 10K’s, nearly 20 half marathons in a half dozen states, completed 6 full marathons, and 1 ultramarathon. I am in no way, shape, or form ready to quit running or racing anytime soon. In fact, my ultimate running goal is to one day qualify for and run the Boston Marathon. I was making incredible progress towards this goal in 2017, setting personal records in every distance I raced; 5K, 10K, half marathon, and full marathon. The plan was to continue this progress and, with a lot of hard work and a whole lot of luck, just maybe be one of the 30,000 invited runners to toe the Start Line in Hopkinton in 2019 or 2020. But things don’t always go “as planned”.

At 11:46am on October 26, 2017, the 911 call went out for a motor vehicle crash involving a car and a tanker truck. The emergency response was impeccable. Police, Fire, and EMS arrived on scene within minutes. But there were no lives to be saved this time; there were no injuries that they could treat. My mom and dad were pronounced dead at the scene.

Just like that, everything changed. I have never felt so helpless in all my life. Suddenly, not a whole lot really mattered to me anymore. When faced with moments of life or death, everything seems to pale in comparison. Just getting out of bed in the morning took a tremendous amount of energy. A few of my closest friends stepped in and made me do it though. They refused to take “No” for an answer. They kept calling, texting, even showing up at my door. Even just days after it all happened, they were physically helping me lace up my shoes and hitting the road right beside me. 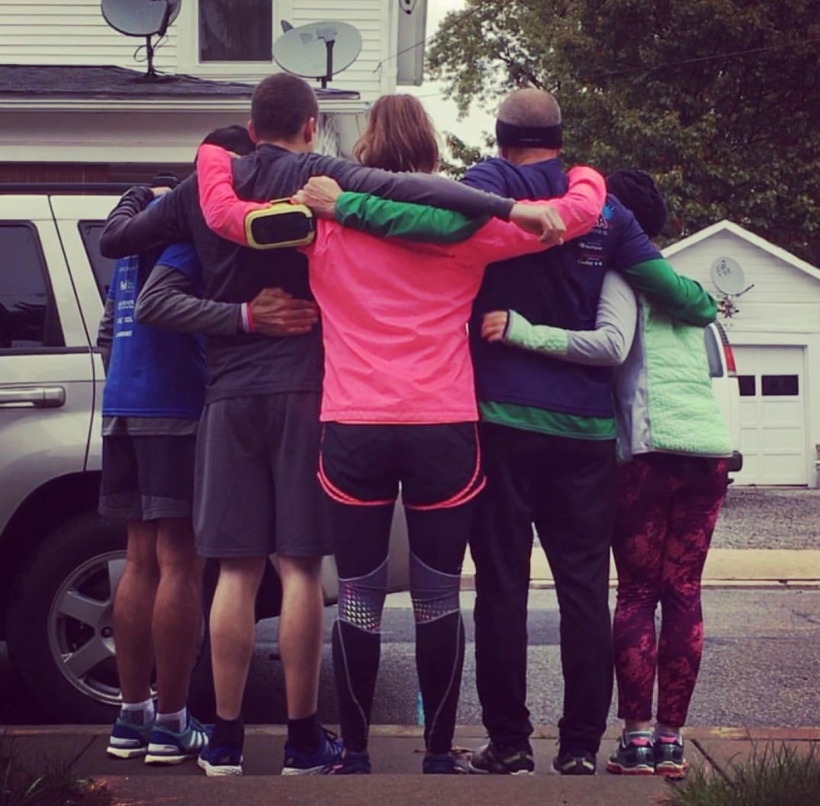 It is because of this day, this moment, and these people, that I continued to do so despite the avalanche of emotions and events that followed in the days, weeks, and months after. I run for many reasons, but especially for the simple fact that running teaches us to keep moving forward even in our most difficult moments.

Now here we are, nearly 18 months later, and although my progress in “Chasing Boston” has not gone according to plan, I am still running. I may not be exactly where I want to be, and it may take me much longer to accomplish my goals than I had originally planned, but I am so much further ahead than if I had given it all up that day. Some days are all about putting in the miles, doing the work, and chasing those dreams, but every now and then, you need to take a moment to stop and look around. Appreciate where you are, where you’ve been, and how far you have come in between. You are here right now and that’s a really good place to be.

On May 5th, nearly 36,000 runners will take to the streets of Pittsburgh and as they cross that Finish Line downtown most will never even think twice about it, but do you know why they call it a “Finish” line?

This site uses Akismet to reduce spam. Learn how your comment data is processed.